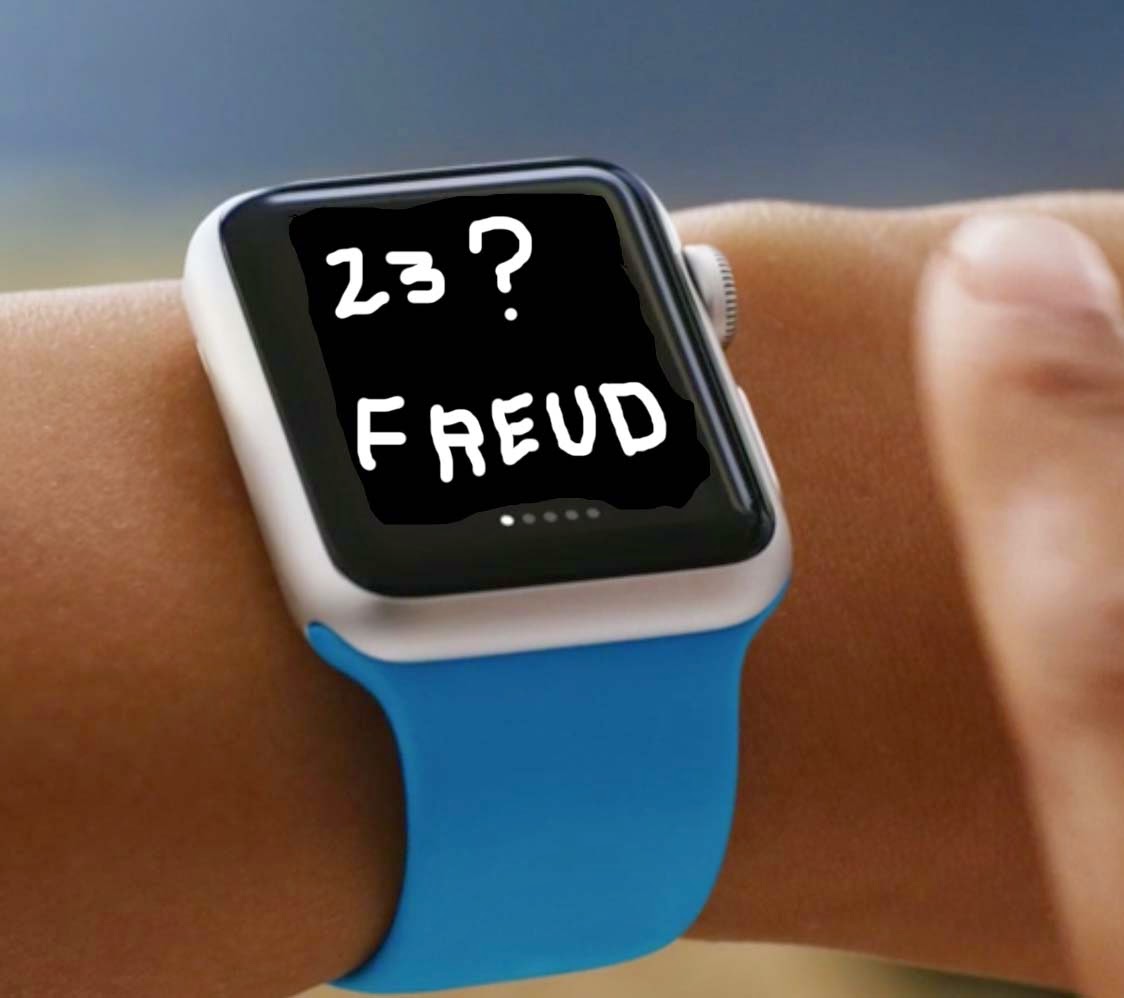 For the last decade or more, plagiarism has been a growing problem in post-secondary education. Students are able to buy custom written papers from on-line sources; schools invest in software plagiarism detectors, which store digital copies of all papers in a vast database. Even if these papers are written from scratch, I imagine the writers, given the same topics over and over again, are consciously or unconsciously churning out the same tired prose on essay topics such as Eudora Welty's A Worn Path or The Yellow Wallpaper by Charlotte Perkins Gilman. Even worse are essays that are bought and sold. Frankly, I've looked at some of these essays and they are often crap sold by C- students to other C- students. In this highly competitive world, you have to aim higher than that. Fortunately, for cheating students, technological change could open up new vistas for unearned marks.

Wearable technology will make traditional evaluation of students even more challenging. Proctors in exams now require all cell phones to be out of sight in bags. Many schools require the bags to be stored at the front of the room, away from people writing exams. The oldest trick in the world is a few cheat notes written on your arm. But imagine wearing a smart watch that can be programmed to prompt you to include a variety of facts that you have trouble remembering. It could be linked to a friend outside the room who sends messages with key information. Now that the Apple Watch is a reality, will examiners check each person's watch before the exam. Or will the wearing of watches be banned during exams? With an Apple Watch, you can send subtle messages by vibration to another Apple Watch wearer. Could you make up a code to share answers? Time will tell.

This article talks about rings and earpieces that function as wearable technology. One ring allows you to use your finger to write in the air and convert the writing to text. You write the essay question and an associate provides you with key ideas or phrases to include in your written answers. You could have the earpiece in, which is so subtle that might not be noticed in an exam room where over 100 people are taking an exam.

As a teacher, I worry about these things. I want my evaluations to be fair and honest. As a result, I see a movement away from an emphasis on testing and toward project work. Now, as noted above, you could just pay someone to complete your project, but a well-planned combination of in-class and home-based project work should show who is the more capable learners in the class.

Wearable technology, for me as a teacher is also opening new possibilities. I have worked with students with severe behavior problems. Two issues arise. First, students misbehave and then deny their behavior when consequences are imposed. I imagine wearing Google Glass during class and recording behavior. Students could be held much more accountable. I used to work in a program where some students had been given a choice of school or jail. They believed walking into the building met their probation conditions. Would a judge agree that they deserved freedom if he were able to see their behavior in school? I'm not sure.

Rather than using Google glass for punishment, could we use it to help students see their behavior and then learn to behave better? As student teachers, we video recorded lessons and played them back from group analysis. Watching yourself teach a class was an eye-opening experience, since your weaknesses were magnified. I would hope that students could begin to see their behavior through the eyes of another and come to an understanding of how they could behave with less conflict.

I'm sure there are many more ways that wearable technology will be incorporated into our lives and will affect not only education, but many other aspects of life. As a wise man once said, the only constant is change.

How do you think new technology will affect education? Let me know in the comments.
Posted by Peter J. Francis at 06:51 No comments:

5 Simple Steps to Writing About a Novel

If you are being to asked to write about a novel for the first time, and you haven't got a clue what to do, this is the blog posting for you. This is NOT for writing a review, or a summary of the novel; this is about writing an analysis for a topic. Typical topics could be:


The steps below are the most basic. There are lots of ways to improve them. University literary essays should be much more developed and thoughtful than this. But if we can cut writing about a novel down to the simplest steps, then this is the recipe to follow.

Tell the reader the name of the book and author. You know and I know and your teacher knows you are talking about the book you read in class. But pretend that the person reading the book doesn't know which book you are writing about. Begin with a simple statement that includes the name of the book and the author.
In one or two sentences, describe the main idea or plot of the book. Tell the reader the main idea that you are going to talk about in the rest of the essay.

There are lots of ways to make the introduction more fancy or more interesting. See my tips of Essay Introductions.

Repeat step 2 with new evidence. Supply a quote or statement from the book and identify the page. Discuss how this is important to the point you want to make.

Discuss why your position makes more sense than the opposite position. Review the evidence that was presented previously (no page numbers needed unless you provide new evidence). State your conclusion.

IDENTIFY the book so the reader knows what you are talking about.
BE CLEAR about what you are arguing for.
USE EVIDENCE and cite page numbers where the evidence was found.
STAY ON TOPIC this is not a review or summary of the book. You are arguing to make a point.
Posted by Peter J. Francis at 07:08 No comments: