One Vital Skill Needed to Keep up with Technology Change 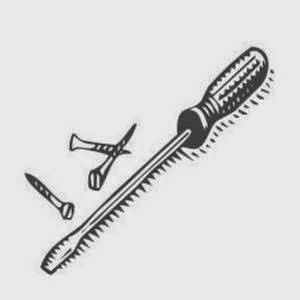 As I was perusing Google+ this morning, I came across a Wired post about three guys who created a "better" spreadsheet application.

What first caught my eye was that they were described as "three Stanford dropouts" and I was reminded of some of my less motivated high school students who, unable to do basic math or write a paragraph say "But look at Bill Gates...he dropped out" or Richard Branson who famously dropped out of high school himself. But the truth is that these people were already super achievers before they dropped out. Richard Branson dropped out because his record business was growing so fast he had to devote more time to it; Bill Gates must have been a brilliant hard worker just to get into Harvard. These Stanford "dropouts" could be no different. They have already proven themselves as among the brightest minds in the country.

As I read the article, I got new ideas about what is happening here. I'd like to call it "technological trickledown." These guys are producing a spreadsheet that doesn't require you to have detailed knowledge of mathematics to use it. My math skills are above average (managed to pass calculus in first year university with a B), but there are times when I can't input complex formulas into spreadsheets, such as to calculate future value of an investment. (Not that I have a lot of investments to worry about!)

One commentator stated that if people aren't smart enough to use spreadsheets as they are, then they have no business using spreadsheets. But what I realized is that the really smart people keep inventing tools that make it possible for the rest of us to do more. And anything that takes a specialized skill now will be possible using a cheap software tool in the future.

When computers first came out, you needed to program them using punch cards. With microcomputers, a keyboard interface was added and you had to know how to use DOS (thanks Bill). I spent hours in a Saturday afternoon class learning DOS commands because my boss said it was necessary. The next year Windows was introduced and no one has used DOS since.

A friend and I spent about six months developing an application to make flat shapes (including fonts) look like they were 3-D and cast shadows. A year later applications were doing this and now the function is incorporated into many drawing and graphic programs. I started using computers by learning desktop publishing, and was excited to be among the first graduates of a desktop publishing training program in my home of Vancouver. A graphic designer friend told me, "In a few years, you'll just be a page make up technician." The only sense in which he was wrong is that designing newsletters has been taken over by entry level secretarial staff. Of course real graphic designers with four-year college degrees, still produce all top-end material, but there isn't really a niche for people who are merely skilled with the design programs.

Even this blog is an example of technological trickledown. The blog environment is actually software that allows the fast and easy creation of a web page without any knowledge of HTML. I just click "New Post" and start writing. Before blogs, I created my first web page by learning HTML, writing code in MS word, and saving as a text file. I uploaded that file to the web. Today I could create a whole website without any coding whatsoever.

We can also see this in terms of how Google search works. Another article I read today, Top 10 SEO writing tips, talks about writing with users' search terms in mind. But as Google develops, it is working toward using more natural language. Before Google started blocking search terms from Analytics results, I would be astounded at what people type into the search engine. They would end up on my site through various random combinations of words that might have little or nothing to do with the content of my site. But Google is working on algorithms to determine what someone really is looking for when they search for "psychology experiment dog" and deliver them to a site with information on Pavlov's research. Everything is evolving to accommodate less savvy users.

So far, I have not seen software that can reproduce my key skill: editing. I've tried lots of software packages, both on-line and off line. In my experience they miss many errors and flag things inappropriately. When I edit, I try to understand what the writer is trying to say and help them say it better. Software is pretty good at flagging misspelled words; it can identify punctuation errors, but it can't identify wrongly used words very well. For example, the article on SEO used the phrase "long-trailed keywords" when the correct phrase is "long-tailed keywords." I edited an essay today where the writer used the word "world" instead of "word". They were both nouns, so the software had no problem with it. But software doesn't even know what to do when there are several wrongly used words with incorrect syntax and errors in verb tense and agreement. Only a human mind can sort that out...so far.

I'm not saying technology won't replace editing some day. Just not yet. Meanwhile for the rest of us, we haven't even begun to glimpse the changes in store.

I keep telling my students that learning to learn is the most important skill that they can acquire in school. In this competitive world, being able to master the next task is going to mean the difference between continued skilled employment and being trapped in a low-wage, low skill ghetto, or even long-term unemployment. Everything you learn today will be obsolete, except your learning skill.
Updated April 13, 2014
Posted by Peter J. Francis at 09:54